Valve has announced one of their many pillagings of your wallet that occur every year, this particular one dubbed the “Steam Exploration Sale.” The sale runs from November 26th to December 2nd, and just like every year, will feature dozens of games just so cheap that you’d be crazy not to buy every single one on sight. -Editor’s note – Civ: Beyond Earth is awesome, and has only been out for a month.  30% off is a no-brainer if you enjoy the genre.

The Exploration Sale is starting off a with pretty solid list of daily deals, including Watchdogs at 50% off, The Evil Within with a 66% discount, and Don’t Starve discounted 75%. See the full list below and on Steam:

On top of the featured deals, there are also some other great discounts. FTL is only $2.99, The Wolf Among Us gets a 66% discount to $8.49, and Age of Mythology – in case you haven’t played it in the decade since it’s been out – is $7.49. It may be old, but it’s a great RTS that you owe it to yourself to play if you like the genre.

New to Steam sales? Be aware that sales are constantly changing and, even though a game is on sale now, it could be even cheaper later on. It’s best to wait until the last minute or wait and see if the game becomes a daily deal, which are often times cheaper.

Reddit user Krawser_ of /r/pcmasterrace created this helpful chart to keep you on the right track. Admittedly, this chart is more tailored for the larger sales, such as the Winter or Summer sales that actually have flash sales – but the basic idea still applies. Happy shopping. 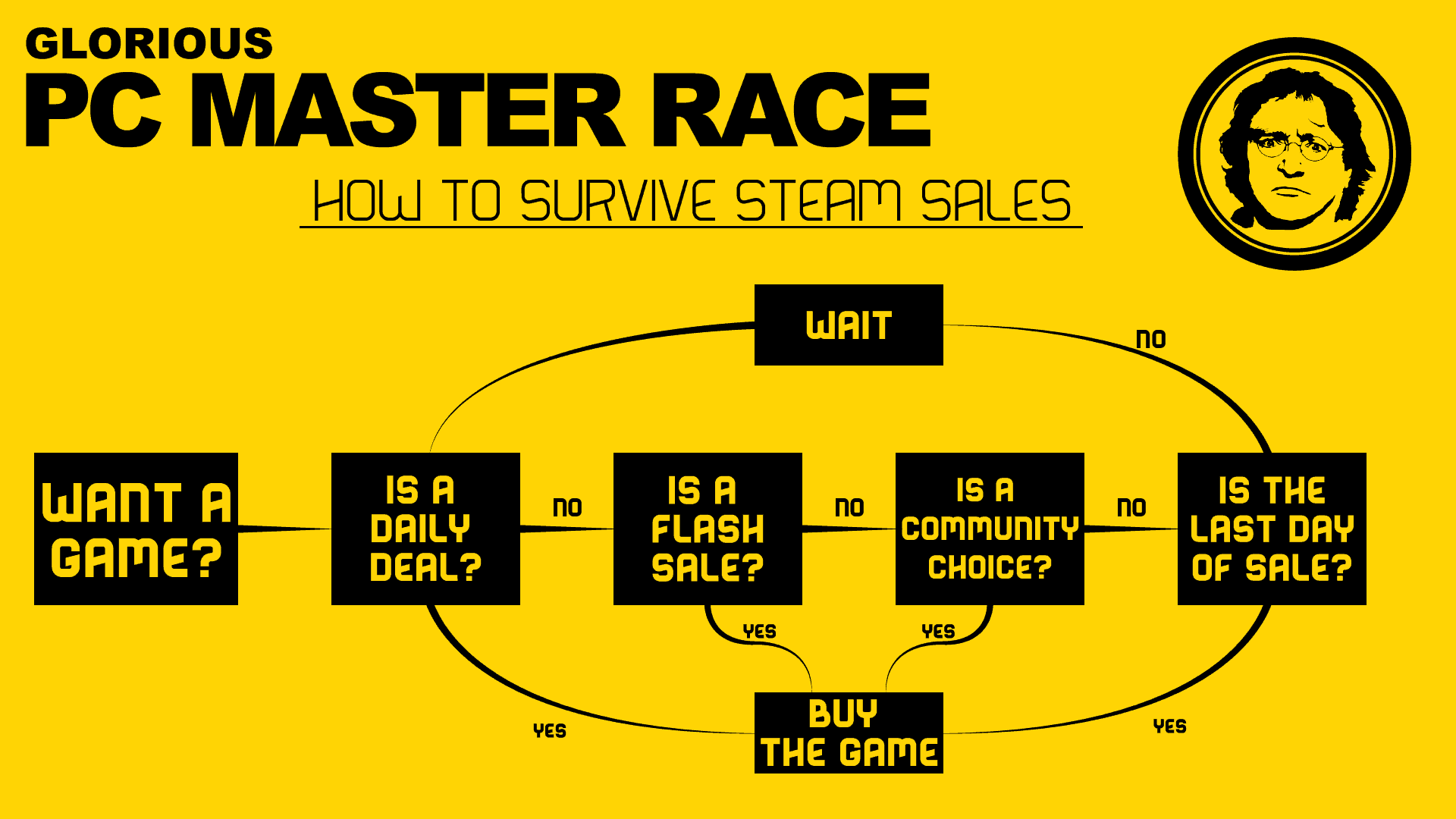