For fans that are hungry for more of the popular indie game Don’t Starve, you are in luck as the upcoming standalone expansion titled Don’t Starve Together, has been released to Steam Early Access. The expansion takes the Don’t Starve world and characters into a whole new dimension never explored before – multiplayer!

The standalone multiplayer expansion will allow players to team up locally in a co-op as well as through an online matchmaking system. Don’t Starve Together will also feature different modes to cater to how players wish to spend their time in game. This includes Endless Mode which allows players to respawn freely and the world never resets, Survival Mode where the world will reset if all players have been ghosts for a long period of time, and Wilderness Mode where players return to the character screen up on death and are respawned in random locations on the map. 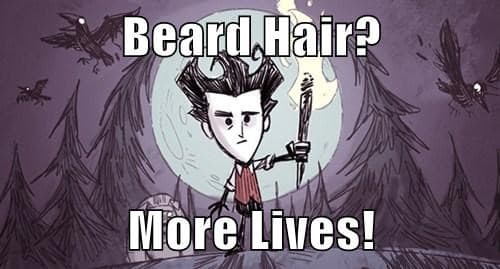 player sleeps, the player is only safe from night monster and will not be able to move. Health and sanity will continue to be replenished at the cost of hunger, however. Players will also have the ability to turn into a ghost if they die to play in a lesser capacity, being able to interact with players but only some of the creatures and environment.

The map will now have a fog of war, allowing players only to see what they had previously seen in the environment. More emotes were added in the “In with the new” update and reportedly continue to be added as the beta progresses. Changes to various other aspects of the game, including the compass, have been reported as well.

Players that already own Don’t Starve will receive a free copy of the standalone multiplayer expansion when it launches, however if you can’t wait and have to have Beta access now, fans can purchase the Frontier Pack on Steam which is discounted by 75%, only setting your wallet back $5. The Frontier Pack includes two copies of Don’t Starve Together – one for you and one to send a friend!

For interested parties that do not own Don’t Starve, they will have to pony up $19.99 for the Frontier Pack or wait until Don’t Starve Together comes out and shell out $15 for the single game, or $25 for the pair.